Running marathons regularly could leave you with an enlarged HEART, experts warn 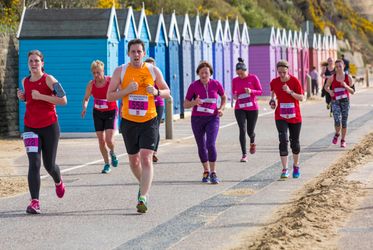 Image source : thesun.co.uk
RUNNING marathons regularly could leave you with an enlarged heart, scientists have warned. It was previously thought the aorta was a stable structure with minimal plasticity. But boffins studying elderly endurance athletes found a quarter had abnormally large aortas. This could put them at risk of complications such as a leak or rupture. Massachusetts General […]
▶ Full story on thesun.co.uk

How To Make The Phase 4 Coronavirus Response All About Regulatory Reform   When it comes to red-ink stimulus spending, we’ve been there, done that, and bought the t-shirt. There's an alternative approach available for...

Forbes.com ~ 04:10 AM GMT April 07, 2020
● Meghan Markle and Prince Harry 'both moved' by Queen's epic coronavirus speech   The Duke and Duchess of Sussex, Prince Harry and Meghan Markle, reportedly watched Her Majesty's historic address to the nation from their new...

Covid-19 outbreak leads to 'unprecedented' surge in solicitor requests   According to legal firm Slater and Gordon, requests have approximately doubled since the UK has been in lockdown

Man United transfer clear out will give Solskjaer a new problem   Man Utd will be looking for more overhaul in the first-team playing squad at the end of the season.

Fintan O'Toole: Crisis management is what the State does best   Immense task of reconstruction will demand much more than frantic improvisation

The Irish Times ~ 04:00 AM GMT April 07, 2020
● Join in park fun day from home   Children from Lichfield and beyond won’t have to miss out on Beacon Park’s Easter trail and Carrot Day activities thanks to new online resources.

Neighbours object to plans for bakery to be turned into take-away in Shettleston   PLANS to turn a bakery into a restaurant with take-away have received objections.

Coronavirus: East End junior and kids football team deliver meals to the elderly   A SQUAD of footballers and their families are helping East End communities in need during the coronavirus outbreak.

Dennistoun school benefits from MSP Ivan McKee's fund - here is how you can apply   A POLITICIAN is inviting community groups to apply for funding to support them during the coronavirus crisis.

Coatbridge church steps up to help serve community   THE first church in Scotland to be closed by the coronavirus has bounced back with their community and is now supplying more than 1000 homes of the elderly, isolated and...