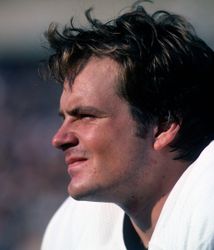 Image source : thesun.co.uk
FORMER NFL star Barry Bennett and his wife Carol have been found dead in their home. And the couple’s son, Dylan, 22, has been named as a suspect by the Todd County Sheriff’s Office in the US. The bodies of 63-year-old Barry and his wife, Carol, were found on Wednesday after a friend went to […]
▶ Full story on thesun.co.uk

Daily Express ~ 22:40 PM GMT January 27, 2020
● 11pm Chelsea transfer news LIVE: Piatek bid, Cavani misses PSG match, Giroud to Milan, Pedro to Japan   FRANK LAMPARD has just over a week to spend some of his £150m war chest, and appears to be growing frustrated with the...

The Sun ~ 22:38 PM GMT January 27, 2020
● 11pm Tottenham transfer news LIVE: Bergwijn arrives in London, Eriksen passes Inter medical, Emre Can bid   CHRISTIAN Eriksen has arrived in Milan to finalise his move to Inter – where he has reportedly passed his medical. But...

The Sun ~ 22:37 PM GMT January 27, 2020
● SAMUEL: Why does billionaire Mohammed Bin Salman need a fixer to buy Newcastle?   MARTIN SAMUEL - Mohammed Bin Salman has a 134-metre yacht that he purchased from a Russian tycoon for £440million. Yet, for some reason, a fixer...

Mail Online ~ 22:36 PM GMT January 27, 2020
● When is the Carabao Cup final and which TV channel, and live stream can I watch it on?   THIS year’s Carabao Cup has almost reached it’s crescendo. Man City won last year’s tournament in a domestic treble and are chasing their...

Daily Express ~ 22:35 PM GMT January 27, 2020
● Djokovic vs Raonic FREE: Live stream, TV channel and start time for Australian Open quarter-final clash   WE’RE down to the final eight competitors in Melbourne. The men’s singles are building to a crescendo and defending...

The Sun ~ 22:34 PM GMT January 27, 2020
● Aston Villa vs Leicester: Live stream, TV channel, kick-off time and team news for Carabao Cup semi-final   ASTON VILLA and Leicester are all set for a final four showdown. With the tie locked at 1-1 after their first meeting at ...

Leicester prop Ellis Genge won't see red if England head coach Eddie Jones snubs him again   Ellis Genge is not sure what more he can do to convince Eddie Jones to pick him - but he has promised not to sulk if he is left out of...

Neymar is in the form of his life as after redemption at PSG   In the world's fashion capital it seems only right that a Parisian icon is launching his own spring/summer collection - with Neymar currently stitching together...