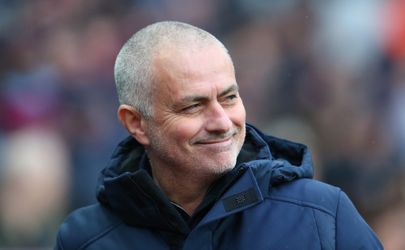 Image source : thesun.co.uk
JOSE MOURINHO has joked that Manchester United should be awarded the 2018 Premier League title after Man City’s Financial Fair Play breach. Pep Guardiola’s side have been banned from all European competition for two years and fined £25million after UEFA declared there had been “serious” FFP breaches. There could yet be repercussions for City at […]
▶ Full story on thesun.co.uk

Daily Record ~ 07:38 AM GMT April 04, 2020
● Gary Neville hits out at Matt Hancock and government again in new coronavirus message   Gary Neville is disappointed with the criticism footballers have faced and believes they will contribute to the coronavirus cause.

Wage deferrals imminent as Aberdeen begin cost-cutting   Aberdeen hope their cost-cutting measures announced today will protect as many people as possible at the club.

10 of the Greatest Grand Nationals: McCoy's win on Don't Push It   Ahead of Saturday's Virtual Grand National programme on ITV which also includes a Race of Champions, Sportsmail's MARCUS TOWNEND relives 10 of the...

Furbank: I didn't have eyes on England   When the 2019/20 Gallagher Premiership season got underway last October, the furthest thing from George Furbank's mind was a possible call-up to the England team.

Coronavirus in sport LIVE: Premier League SUSPENDED indefinitely, Joshua vs Pulev POSTPONED, UFC 249 latest   THE Premier League have released an update on when action could return in England’s top-flight. In a marathon...

Weird, wacky and wonderful: How the Juniors are keeping fit in lockdown   It's not easy motivating yourself to stay fit when there's no football to play.

Brady: I'll take same pay cut as players   West Ham vice-chairman Karren Brady has revealed she intends to take the same proposed pay cut as the club's players, insisting "we are all in this together" during the...

Coronavirus: Golf set for late surge of action as chiefs attempt to salvage the Masters and Open   Golf chiefs are looking to find a way to ensure that all majors are played this season as the postponements caused by the...