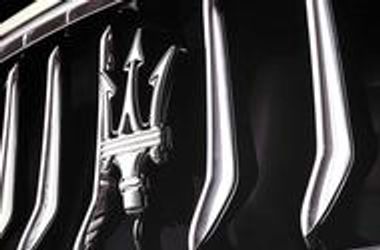 Image source : autocar.co.uk
2020 Ghibli will be first hybrid, with electric sports car and new SUV to follow; new Granturismo will offer electric power Maserati has confirmed more details of the electrification of its line-up, set to begin later this year with the launch of a hybridised version of the Ghibli saloon. The BMW 530e rival is expected to be powered by a new plug-in petrol-electric system offering a useable all-electric range and ultra-low CO2 figures. It will also feature Level 2 autonomous driving capability, with Maserati intending to progress to 'hands-off' Level 3 features in the near future.  The Ghibli will be followed in 2021 by the second-generation version of the Granturismo and Grancabrio, which will feature the brand's first fully electric powertrain. It was previewed last month in a brief video, and is expected to begin on-road testing in the coming months. A spokesperson confirmed to Autocar that these cars will also be available with petrol engines, but it remains unclear w
▶ Full story on autocar.co.uk

Rebecca Judd urges fans to exercise - rather than getting 'addicted to booze' while in isolation    AFL WAG Bec Judd is sharing more pearls of wisdom with her fans during the corornavirus lockdown.

Frankie Bridge and husband Wayne swap clothes in hilarious Flip The Switch TikTok challenge     After wowing in a solo dance video earlier on Wednesday, ex Saturdays star Frankie roped in her husband for an epic Flip The Switch...

Patti LuPone in lockdown reprises Norma Desmond role she was FIRED from for Glenn Close   Patti LuPone was feeling nostalgic this Wednesday as she hunkered down at home amid the coronavirus lockdowns, reprising her Sunset...

Prince William and Kate take a break from kids' Easter holidays to continue royal duties   The Duke and Duchess of Cambridge have continued with their royal duties despite the...

Lily Collins and boyfriend Charlie McDowell take adorable pup Redford for walk in LA   Lily and Charlie have been together since last summer. Both have famous parents - Lily is the daughter of musician Phil Collins while Charlie ...

Scots singer's touching Italy tribute in lockdown song reaches UC Sampdoria   Connor McGlave wrote Together Apart to spread a bit of joy amid the coronavirus outbreak - and was stunned when his inspiring message was picked up by ...

Colton Underwood reveals he won't be moving in with Cassie Randolph until they get married   The 28-year-old former Bachelor - who is currently recovering from COVID-19 at her s parents' home - spoke to Us Weekly on...

Kellan Lutz grateful for faith   Kellan Lutz is so grateful his faith helped him through his devastating baby loss.