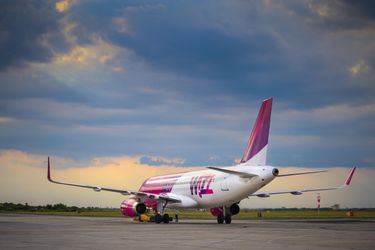 Image source : thesun.co.uk
AN unruly and abusive passenger has been arrested after a Wizz Air plane en route from Hungary to Iceland was forced to make an emergency landing. Norwegian South West police said they were notified of an intoxicated Icelandic man in his 60s trying to get into the aircraft control room. The plane was forced to […]
▶ Full story on thesun.co.uk

What is expected in the Dáil today   Today the 33rd Dáil meets for the first time since the General Election on February 8.

Coronavirus fears have ruined my dream cruise - but 'it's a relief to be honest'   The company say the decision is 'a result of the uncertainty surrounding port entry and berthing availability in various destinations in...

Manchester Evening News ~ 10:43 AM GMT February 20, 2020
● Federer out of French Open after knee surgery   Roger Federer, the 20-time Grand Slam champion, will miss this year's French Open after having surgery on his right knee.

Review: Cage the Elephant at Manchester O2 Victoria Warehouse   "This is rock and roll at its best, frenetic and boisterous"

A Major Study That Fuelled the US Vape Panic Has Been Retracted   The paper, published by the American Heart Association's scientific journal, claimed that vaping could lead to a heart attack.

WalesOnline ~ 10:38 AM GMT February 20, 2020
● 'Stranger Things' Season 4 spoilers: Is Hopper brainwashed?   Fans believe that Chief Jim Hopper has been brainwashed by the Russians while under captivity.

Roger Federer withdraws from French Open after knee surgery   * Swiss player pulls out of a series of tournaments * ‘Doctors are very confident of a full recovery’Roger Federer has announced he will miss this year’s French Open...

The myth of the public viewing gallery: how London's skyscrapers bargain with our space   One Blackfriars may be a "sound property investment" but it was built on the premise that it would make room for the public...

Rugby League: Peyroux aims for world glory   David Lyon brings you all the latest news on The Saints

The 33rd Dáil convenes today: What can we expect?   There is highly likely to be an unsuccessful vote by the Dáil for a new taoiseach

Russia vs Turkey: Putin's £7million military plane shot down by Turkish backed forces   A RUSSIAN reconnaissance plane has been shot down near the war-torn Syrian town of Idlib.

Fan view: If Aberdeen team needed a reminder of what and who it is, it is embodied in Andy Considine   There was no disputing or denying the significance of this game to Aberdeen’s season.