Eastenders spoilers: Phil Mitchell hunts down Ben and Kat Slater to confront them over his attack 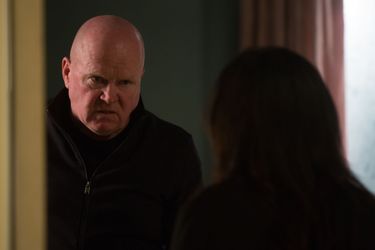 Image source : thesun.co.uk
PHIL Mitchell is on the warpath in EastEnders next week and it’s his son, Ben, and Kat Slater who are in the firing line. Ben throws a surprise party to welcome Phil – who’s played by Steve McFadden in the BBC soap – home from hospital following the vicious attack which left him fighting for […]
▶ Full story on thesun.co.uk

● EastEnders spoilers: Phil Mitchell fights for his life against Keanu Taylor in dramatic trailer
The Sun   - 00:45 AM GMT February 11, 2020

Mail Online ~ 10:16 AM GMT February 20, 2020
● Barry Manilow, 76, leaves Kate Garraway shocked as he suddenly jokes about sex   The Copacabana legend, 76, suddenly joked about sex during his videolink chat and left the presenter, 52, red-faced back in the London studio.

New 2021 DS 4 breaks cover in first spy shots   Replacement for discontinued DS 4 will receive a hatchback and an SUV-styled Crossback variant The expansion of the DS range is set to continue with an all-new DS 4  and DS 4...

Cash Me Outside rapper Danielle Bregoli announces 2020 Australian tour   She's the Internet meme-turned-rap sensation who caused quite the frenzy during her last visit to Australia.

Mail Online ~ 10:02 AM GMT February 20, 2020
● Sigala review: the crowd showed him their love as the venue was transformed into a throbbing mass of bodies dancing the night away   Sigala came home and lit up The LCR, UEA in Norwich last night.

Google drops huge Android 11 update that boosts 5G, Dark Mode and lets you screen-record   GOOGLE has shocked Android fans with an early preview of a major update for their mobile phones. There are loads of new features to get...

Dangerous TikTok 'Cha-Cha Slide' trend sees teens swerving their cars in time to music   The latest popular TikTok trend, dubbed the ‘Cha-Cha Slide’ trend, is arguably one of the most dangerous yet

'I don't know if I'm done yet!' Kate Hudson says she's 'open' to having more children on Ellen   The actress, 40, touched on expanding her family and her close relationship with parents Goldie Hawn and Kurt Russell as she...

Guess who? These breakfast TV stars look unrecognisable from their high school formal days   They're the glamorous presenters of popular talk show Studio 10.

Lana Del Rey cancels WHOLE UK and European tour DAYS before London and Manchester gigs   LANA DEL REY has been forced to cancel the whole of her UK and European Tour just days before she was due to play concerts in London,...

Coronavirus panic cost us thousands and left me stranded in Perth after cruise line bans hundreds from ship   A BRITISH couple along with hundreds of other passengers have been left stranded in Australia after being told they...

My London: Stephen Mangan   The Split actor runs Regent's Canal, gets down at Gordon's Wine Bar and considers the Northern line a (beaten up) old friend

Justin Bieber performs a dance routine with toddlers   Justin Bieber showed off his cute side when he copied toddlers' dance moves and performed cartwheels with James Corden for The Late Late Show on Wednesday.