Buy them before we do: second-hand picks for 24 January 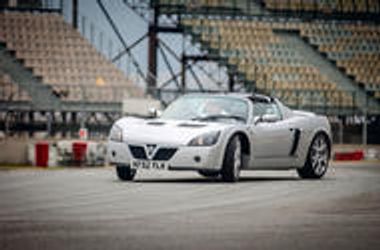 Image source : autocar.co.uk
The Vauxhall VX220 Turbo leads this week's picks - low-riding, fast-driving cars, engineered by Lotus Our round-up of Lotus -engineered rarities opens with the VX220 . TheVauxhall shared key parts with theElise and was built at the same factory, and it went on sale in 2000 supported by an appalling ad campaign that held back sales. It was why, for many years, the car was a bargain. Not any more. Today you’ll pay almost as much for a VX as you will for an Elise, mainly because everyone now knows the little Vauxhall is just so darned good. Prices open at around £10,000 for a Turbo but we were drawn to one costing £14,000. The private-sale, two-owner car was registered in 2003 and has done 45,000 miles. It looks tidy but there’s nothing about the service history and it has had a respray. Maybe one dealer’s 2003-reg, 86,000-mile example for £10,990 would be a better buy. At least it’s original and has some history. The Turbo made 200bhp – ample for a car that weighed just 930kg. Th
▶ Full story on autocar.co.uk

● Kim Kardashian shares sweet hand-written message from her kids on notebook ahead of a meeting
Mail Online   - 23:04 PM GMT February 25, 2020

Magda Szubanski gets THIRTY-ONE Botox injections in her forehead   Magda Szubanski spoke candidly about her health problems in the March issue of The Australian Women's Weekly.

Mail Online ~ 01:01 AM GMT February 28, 2020
● The five stages of a same-sex relationship in fiction by Alex Bryant   Alex Bryant writes a piece for Female First upon the release of his new book The Identity Thief.

The Sun ~ 00:52 AM GMT February 28, 2020
● West Midlands to get access to ultrafast home broadband   The West Midlands gigabit switch-on is the largest in the UK, says Virgin Media, but comes at a price.

Mail Online ~ 00:29 AM GMT February 28, 2020
● Protecting whales from the noise people make in the ocean   Oil drilling and construction is creating a din for sealife - new tech is hoping to turn the volume down.

WWHL host Andy Cohen BANNED Lala Kent, Jillian Michaels, Amber Rose and other stars from show   VANDERPUMP Rules’ Lala Kent revealed this week she was once “banned” from Watch What Happens Live over her “drunk” appearance. The...

Matt Prior: The Government's dirty car ban is not all it seems   Zero-emission cars will mean a rethink to the tax system Yes, the future is probably electric, but what will this mean for our motorcycles and - shudder - tax...