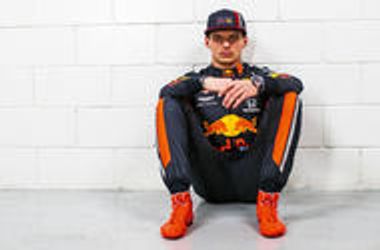 Image source : autocar.co.uk
Max Verstappen already has five F1 seasons behind him Max Verstappen was only 17 when he debuted in Formula 1. Now he’s ready to win a world championship. We sit down with the Dutchman It’s a hectic time for Max Verstappen, the brightest emerging superstar in Formula 1. He has just completed his first century of grands prix – almost unbelievably, given that he only recently turned 22 – and when we meet is preparing to fly out to Brazil, where he will deliver an unexpected and impressive pole-to-victory performance. All this while assisting the experts working away at the ultra-modern, super-slickRed Bull Racing factory in Milton Keynes on plans for the 2020 season, when the de factoHonda works squad will look to take its first championship since the end of the V8 era back in 2013. Speaking to Autocar to announce a sponsorship deal with CarNext, a Europe-wide digital marketplace for used cars (there’s no better marketing tool for any Dutch company right now than the country’s first-e
▶ Full story on autocar.co.uk

Boy, 5, invited to join heavy metal band Slipknot on stage after video of him drumming at their gig goes viral   LITTLE Caleb Hayes was invited on stage by heavy metal stars Slipknot after they were blown away by a video of him...

Padma Lakshmi struts her stuff in knee-high red boots as she sports chic ensemble for outing in NYC   Lakshmi took to Instagram the day before with a video of herself working up a sweat at her gym. She did some squat dips,...

Karl Stefanovic debuts his new silver necklace as he celebrates his pregnant wife 36th birthday   He is set to welcome a daughter with his second wife Jasmine in May.

Selma Blair steps out in same Coach sweatshirt as Mila Kunis and JLo: 'Babs is always in style!'   The 47-year-old Grammy nominee paid tribute to the 77-year-old EGOT champ

Blake Lively says welcoming third daughter with Ryan Reynolds is like 'going from two to 3000'   The 32-year-old stopped by GMA to share insight into her hectic household. 'At one point, we had three four and under,' she ...

Kylie Jenner wows in a sheer dress at Butterfly-themed bash for make-up line   KYLIE Jenner has been enjoying a lie down after some pretty tiring work throwing a double-party for her daughter. The US reality star, 22, recently...

Laura Dern is a cool mom in a sweatshirt with her name on it while out for coffee with her daughter   She's front in line to win the Best Supporting Actress Oscar in a matter of weeks for her delectable role as a hard-boiled ...

Love Island: Mike shocks viewers as he makes a play for Sophie moments after being dumped by Leanne   He parted ways with his would-be girlfriend Leanne Amaning during Tuesday night's episode of Love Island, after she...

NTAs 2020: Pixie Lott oozes elegance in a backless lemon dress   The singer, 29, looked incredible in a pale lemon form-fitting gown as she posed up a storm in front of the paparazzi before heading into the ceremony.

Charlize Theron cuddles her pup for sweet snap... as actress says 'Lazy mornings feat. Johnny Utah'   She's been on the whirlwind awards circuit leading up to next month's Academy Awards, thanks to her searing role as...

Bec Judd keeps it glam in a Channel Nine voice over booth as she marks a decade on Postcards   Rebecca Judd has celebrated ten years as a presenter on Channel Nine travel show, Postcards.

Kim Kardashian shares adorable pictures of North and Saint West as she says 'they get along now'   They are the two oldest children of their power couple parents Kim Kardashian and Kanye West. And it seems 6-year-old North and...