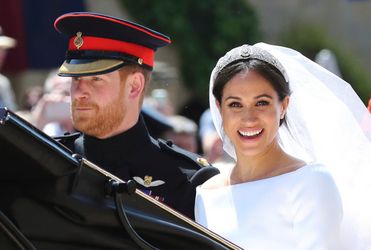 Image source : thesun.co.uk
THOMAS Markle has admitted lying to Prince Harry over the staged paparazzi photos. The 75-year-old American caused an international media storm when it was revealed he had set up snaps of himself getting fitted for a suit and reading articles about his daughter in the lead up to the Royal Wedding. The American-born retiree last […]
▶ Full story on thesun.co.uk

Australia Has Limited Public Gatherings To Two People And Will Stop Evictions For Six Months   The PM says stay at home, except for a) shopping for necessities, b) medical care, c) exercise or d) work/study if you can't do...

'Unexplained' death of 44-year-old Cardiff man investigated by police   Paul O’Brien was found dead at an address on Clare Road, Grangetown, shortly before 9am on Wednesday, March 25

2016 Government pandemic exercise revealed NHS shortages and lack of protective equipment   In October 2016, epidemiologists from Imperial College London told Government ministers what Britain would look like seven weeks into a...

Bombshell Madeleine McCann photo shows what missing girl would look like now   The picture, produced by Bradford University professor Hassan Ugail, was created by mapping key facial features and feeding the information into a...

Scam text tells people they have been fined for going outside   The bogus message claims to be from the Government, saying it has been monitoring movements through a person’s phone.

Michael Gove says coronavirus tests have FINALLY hit 10,000 a day   Amid mounting criticism, Michael Gove insisted the government was 'very concerned' about the growing death toll and was doing 'all that we can'...

Boris Johnson's COV19 isolation should last 14 days not seven, MP doctor demands   Tooting MP Dr Rosena Allin-Khan has said the PM must follow the WHO guidance and stay in isolation for two weeks

Lactose intolerent with glow-in-the-dark urine: 15 odd cat facts   Disneyland has 200 of them and the Pope once had them executed

The Irish Times ~ 08:10 AM GMT March 29, 2020
● Close up footage of Arkansas tornado   An active weather front brings a rapid developing and destructive tornado to Arkansas

English, Muslim, Pakistani ... how I tell my kids about their identities   As she raises three boys, our writer is starting to face tough questions from them about where they fit in. Her answer? As a whole, not just halves… My...

Locked down UK enjoys weekend in with virtual pub quizzes and house parties   The normally bustling nightlife of cities such as London, Manchester, Newcastle and Liverpool has been curtailed by the Covid-19 epidemic but that...

Mirror ~ 08:05 AM GMT March 29, 2020
● Dirty Old Town no more: How Salford is leading a green revolution   The city has been named as the greenest place to live in England and Wales

Boris Johnson's letter in full as PM writes to every home during Covid-19 crisis   Prime Minister Boris Johnson, who tested positive for coronavirus earlier this week, is set to write a letter to 30 million households as the UK...

Self-help is key for an art world in lockdown   Galleries and institutions are girding themselves against the effects of coronavirus but how will the artists themselves survive? The show is on, but not open. The masterpiece...

The hunt for the best chocolate eggs begins | Annalisa Barbieri   From cosmic patterns to unusual flavours, these are the Easter treats it’s worth ordering ahead The hunt for Easter eggs will take us across two weeks. Because it ...