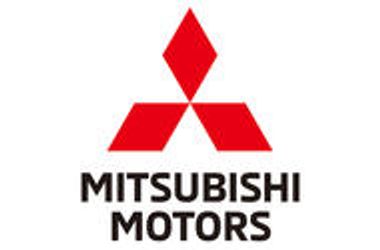 Image source : autocar.co.uk
German prosecutors raid 10 properties amid reports of a 'shutdown device' fitted to some diesel engines Mitsubishi has come under investigation in Germany amid reports that some of its models are fitted with an emissions cheating device.  German police raided 10 sites in several locations including Frankfurt, Hanover and Regensburg as part of the investigation. Among the companies being investigated is parts supplier Denso, producer of diesel injectors and pumps for Mitsubishi models, which is said to be co-operating with investigators.  Three properties searched belong to manufacturing group Continental AG, which is reported to be listed as a witness in the case.  An official statement from German prosecutors said: “There is a suspicion that the engines are equipped with a so-called shutdown device.” A similar component identified on 11 million Volkswagen Group models in 2014 sparked the notorious Dieselgate scandal. A Mitsubishi spokesman in Germany confirmed to motoring mag
▶ Full story on autocar.co.uk

● Mitsubishi Heavy Industries BrandVoice: Why The World Needs Data As Much As Gas And Renewables To Power The Future
Forbes.com   - 15:00 PM GMT February 24, 2020

Hilary Duff says Disney Plus decision to pull Love, Simon series 'sounds familiar'   The Houston native, wrote, 'Sounds familiar…,' on the post, which could refer to her highly-anticipated Lizzie McGuire revival being...

Mail Online ~ 06:58 AM GMT February 26, 2020
● Teyonah Parris screams bloody murder as in the first teasers for Jordan Peele's Candyman sequel   Written by Peele and directed by Nia DaCosta, the new installment offers a fresh take on the legend in the now-gentrified Chicago...

Jojo opens up about the extreme 500-calorie diet she was put on as an 18-year-old   16 years after rocketing to stardom as a 13-year-old singer with her hit Leave (Get Out), Jojo is opening up about an extreme diet her one-time...

Imogen Anthony hints ex Kyle Sandilands sent her flowers and messages on Valentine's Day   She split up from her long-term boyfriend Kyle Sandilands last year after eight years together.