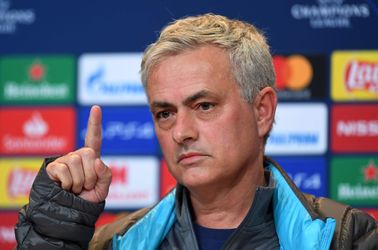 Image source : thesun.co.uk
JOSE MOURINHO banned Tottenham’s players from watching their 7-2 Bayern Munich horror show. Spurs were blown away at White Hart Lane in the final weeks of Mauricio Pochettino’s spell in north London. The Special One takes Spurs to the Allianz Arena tonight in the final group game against group winners Bayern with qualification secure. He […]
▶ Full story on thesun.co.uk

The unanswered Manchester United transfer questions ahead of January deadline   Ed Woodward and the Glazers continue to come under fire as Man Utd have some transfer issues that need resolving in the next few days.

Manchester Evening News ~ 15:06 PM GMT January 27, 2020
● Sports Extra customers to get every LaLiga match at no extra cost   New LaLiga TV channel was initially due to cost extra but pricing structure has changed

BBC News ~ 15:00 PM GMT January 27, 2020
● Six Nations: Pundits, journalists and players have their say   Will there be a Grand Slam? Who will break out? What one thing would you change?

Klopp's threat to play Liverpool's kids in FA Cup replay against Shrewsbury surprises Football Association   The Reds' fourth-round rematch with the League One club is due to take place at the start of the winter break in...

England's pacemen wrap up another commanding victory over South Africa in fourth Test   England defeated South Africa by 191 runs to take the series 3-1 after Mark Wood, Stuart Broad and Ben Stokes tore through the hosts'...

Nick Kyrgios goes for broke in tennis punch-up but ends on the floor | Kevin Mitchell   Recent meetings with Nadal have been laced with acrimony but here the Australian was on his best behaviour in defeatNick Kyrgios invariably...