* Former F1 champion joins Hamilton in expressing sympathy * ‘I very much sympathise with their fears and their anxieties’The four-times Formula One world champion Sebastian Vettel said he sympathises with the environmental protesters who invaded the track at the British Grand Prix on Sunday. Vettel, who has been an outspoken climate campaigner for some time, conceded that the activists’ protest could have put lives at risk. Activists from the Just Stop Oil group had breached the fencing and sat down on the track on the opening lap at Silverstone shortly after Chinese driver Zhou Guanyu hadsuffered a huge, high-speed crash at turn one. The race was stopped immediately but five protesters took to the track on the Wellington straight while the cars were still circulating back to the pits. They were removed by the authorities shortly afterwards. Continue reading... ..

Climate legislation is finally here: It's time to vote for your future -

Biden to sign health and climate bill on Tuesday -

How to keep up with distressing climate news and take care of your mental health, according to experts -

Politicians Are Touting Corn Ethanol as a Climate Solution. The Truth Is More Complicated - 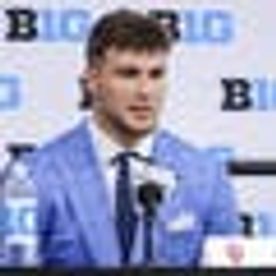 The Indiana Hoosiers are looking to bounce back from a disappointing season last year. The Hoosiers went 2-10 with no conference wins. Senior ... 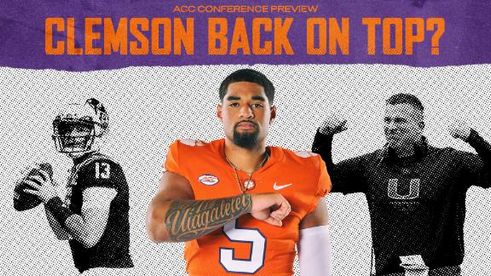 Miami's Hard Rock Stadium was selected to host the 2026 College Football Playoff national championship game. The CFP is expected to announce Atlanta as its host city for... 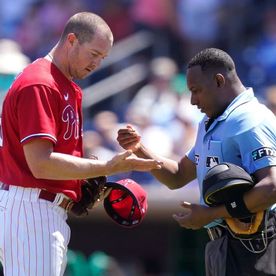 Phillies reliever Corey Knebel is expected to have an MRI on Monday in Philadelphia to determine the extent of the injury. 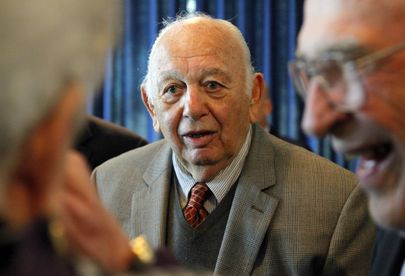 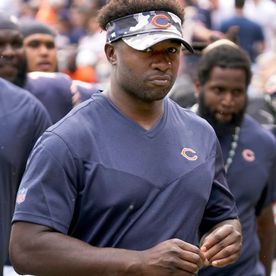 The standoff between the Bears and Roquan Smith over contract negotiations took another turn Monday when the NFL management council sent a memo stating a non-NFLPA-certified agent... 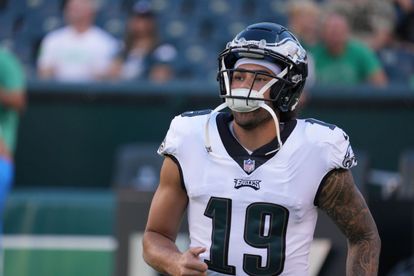 The Seahawks acquired WR/TE J.J. Arcega-Whiteside from the Eagles on Monday in exchange for DB Ugo Armadi, a source told ESPN. 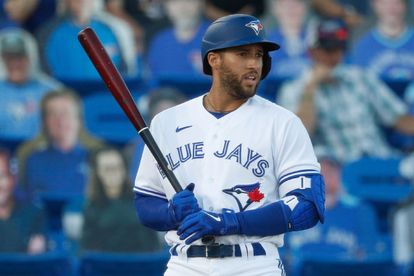 Slugger Springer back from IL as Blue Jays' DH

Blue Jays outfielder George Springer was activated off the injured list and he was in the team's lineup against the Orioles as the designated hitter. 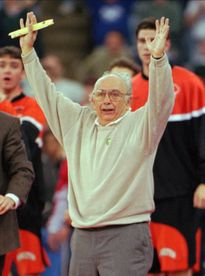 Pete Carril, the rumpled, cigar-smoking basketball coach who led Princeton to 11 appearances in the NCAA Tournament, where his teams unnerved formidable opponents... 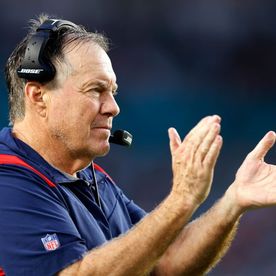 Bill Belichick said Monday the decision to have Matt Patricia and Joe Judge split offensive play-calling duties in the team's preseason opener last week had nothing to do ... 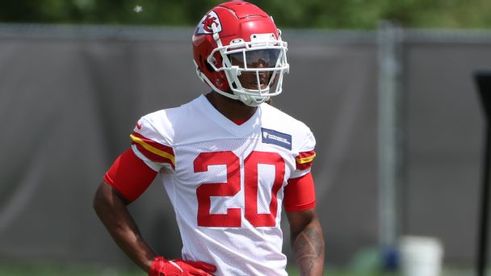 The New York Giants and San Francisco 49ers are experiencing injury woes, but there's reason for... 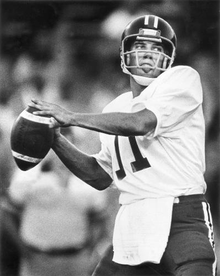 The first California High School Football Hall of Fame class featuring 113 inductees will be honored at the Rose Bowl in November. 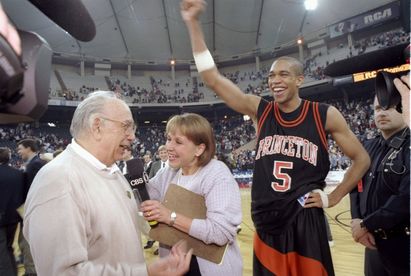 Pete Carril won a combined 525 games at Lehigh and Princeton and coached the Tigers to 13 Ivy League titles and 11 NCAA tournament berths.         ... 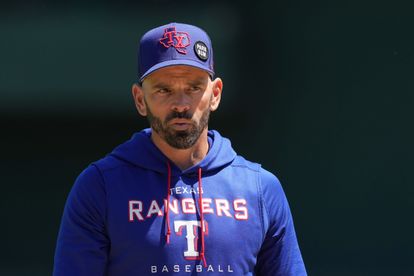 Chris Woodward the latest MLB manager fired, but many more are on hot seat

Chris Woodward wasn't totally to blame in Texas, but struggling teams often feel change is needed. Here are eight other managers who may be in... 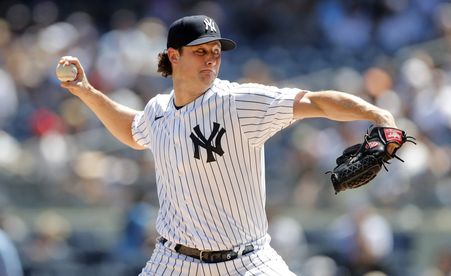 Rays vs. Yankees prediction: Odds, MLB pick today as New York aims to get on track

Contrary to popular opinion, Gerrit Cole has been his usual dominant self in the second half of the year. See how we are betting tonight's... 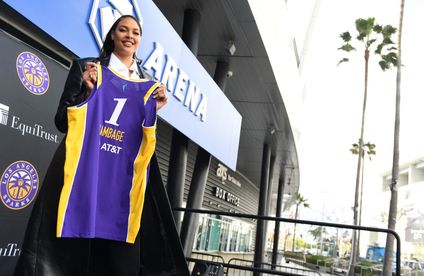 Liz Cambage apologized Monday on Instagram for leaving the Sparks abruptly amid a playoff run and announced she is stepping away from the WNBA... Pete Carril, the Hall of Fame coach who brought notoriety to the "Princeton Offense" during his 30-year tenure with the school, died Monday at the age of 92. 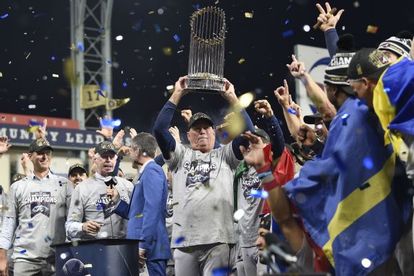 MLB postseason could extend to latest date ever

MLB released its preliminary postseason schedule on Monday, which features a potential World Series Game 7 on Nov. 5, which would be the latest calendar date in World Series... 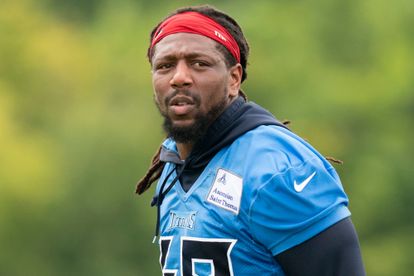 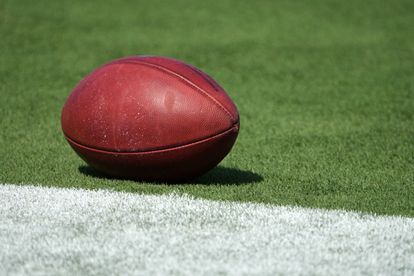 This year's MLB playoffs will open with four wild card series on Oct. 7 and conclude with the World Series, which will begin on October 28. 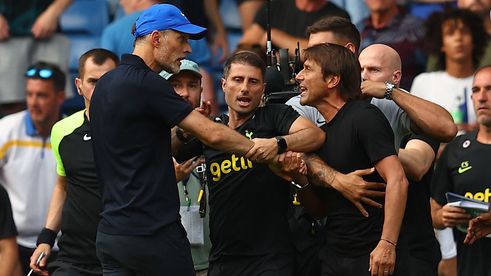 Why Premier League would be foolish to ban Tuchel, Conte for full-time feud

The two coaches were angry after the 2-2 draw Sunday, but the Premier League shouldn't take further action for drama that helps promote the game. World Series to start on a Friday, could see latest end ever

The World Series is scheduled to start on a Friday for the first time since 1915 and could end on Nov. 5 -- its latest ever -- because of the lockout that delayed... 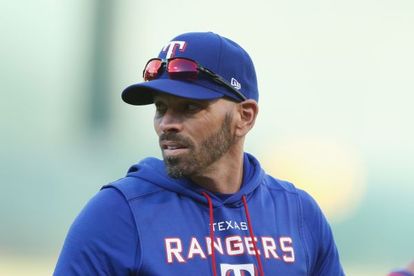 The Rangers fired manager Chris Woodward on Monday amid a season of dissatisfactory progress despite the investment of more than half a billion guaranteed dollars in the free agent ...