Who is Russell Bishop and where is the Babes in the Wood murderer now? 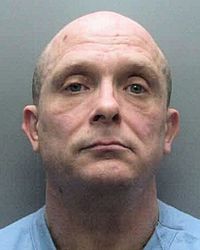 Image source : thesun.co.uk
THE Babes in the Wood murders shocked the nation after the bodies of two young girls were found in woods near Brighton in 1986. Russell Bishop was finally charged with the murders in 2018 – 32 years later – but who is the convicted murderer and where is he now? Who is Russell Bishop? Russell […] ▶ Full story on thesun.co.uk

Dundee dog which attacked boy will be put down if not neutered by August   A Dundee dog owner ended up in the dock after her pet labrador attacked a young boy and left him potentially scarred.

Feuding octogenarians reveal battle for tiny strip of land has cost £500k and lasted 20 years   Feuding pensioners who have been locked in a bitter boundary dispute over less than a metre-wide strip of land claim the legal...

Pfizer vaccine effective against mutant Covid strains   The company has confirmed its vaccine works against the UK and South African variants of coronavirus.

Office demand drops as Workspace reports 33 per cent fall in enquiries   Workspace remains optimistic about the future of London’s office work despite a sharp drop in enquiries throughout the pandemic. This The post Office...

Lidl makes £25.2million loss after £19million profit in 2019   "We are confident in our strategy and see huge potential in the market long-term"

NHS doctor 'sickened' by Boris Johnson's 'lie' that he 'did everything he could'   Dr Rachel Clarke appeared on Good Morning Britain and said that she 'couldn't forgive' the prime minister for his list of failures,...

BoJo's Scotland visit shows PM is 'leading from the front' insists Michael Gove   The Prime Minister's cabinet ally said the visit to Scotland was 'covid safe' and an important part of the fight against the virus.

Hollywood pays tribute to Oscar-winning actress Cloris Leachman   Leachman, described as a ‘comedy legend,’ died at the age of 94

Guinness launches Six Nations 2021 campaign with commitment to fans   Supporters will be given the chance to win Ultimate Guinness Gameday Bundle throughout the Championship, including products and giveaways

Boris Johnson defies Nicola Sturgeon to visit Scotland   Boris Johnson is travelling north of the border despite the First Minister swiping that it is not an 'essential' trip under coronavirus rules.

NHS Doctor tells ITV's GMB she 'can't forgive' Boris Johnson   "He tells us what he thinks we want to hear, what's popular, instead of what's right"

Pubs not likely to open until May under three-step plan to release from lockdown   Boris Johnson said there will be a 'gradual and phased' approach to lifting restrictions, with the national lockdown in place until at...

Mother-of-one, 26, raped by a soldier in her home as her three-year-old daughter slept upstairs   EXCLUSIVE: Georgia Hinton, 26, from Livingston, told Femail how she was raped by Serupepeli Niubasaga, 41, at her home after he...

Beach stadium close to home could be new goal for Dons   Aberdeen FC is “open to exploring the possibility” of abandoning plans for a new stadium at Kingsford and remaining in the city.

Escaping the bubble gives players a chance to thrive and survive | Andy Bull   England’s holistic approach towards form and fitness during lockdowns and a hectic schedule is attracting attention from the rest of the cricketing...

Leading Paralympian says lockdown needs of disabled people ignored   • Physical activity among the disabled has fallen during pandemic • Sophie Carrigill: ‘I know we are surrounded by inequality’ The fitness industry and online...

Forget Google Chrome: Vivaldi Is The Browser To Keep Tabs On   Web browser Vivaldi has introduced a new feature that makes it much easier to manage multiple browser tabs.

My bar stool memory - and birdwatching with Eunice   A lot of people who have come to my home over the years, and that seems a long time ago because of lockdown, always say “I’d like my home like yours”.

EasyJet cuts 1,400 jobs as it warns just 10% of flights will operate until March   The budget airline said revenues plunged 88% to £165million over Christmas - typically one the busiest seasons of the year for travel firms -...