Is Lil Wayne a Trump supporter? 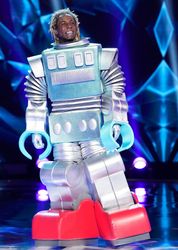 Image source : thesun.co.uk
RAPPER Lil Wayne openly endorsed Trump on social media earlier this year. The musician was showing his support for the administration’s efforts in investing in black communities. Does Lil Wayne support Donald Trump? Lil Wayne showcased his support for President Donald Trump on October 29 by sharing a photo of them together and praising the administration’s “Platinum […] ▶ Full story on thesun.co.uk

Denise Van Outen shares aftermath of horror Dancing on Ice fall ahead of launch   Denise Van Outen, 46, dislocated her shoulder and suffered tendon damage but is still expected to perform on Dancing On Ice tonight despite her...

Married At First Sight star turned OnlyFans creator Hayley Vernon gets cryotherapy on her derrière   Hayley Vernon is known for her incredible figure - and she works hard to keep it that way.

Mail Online ~ 08:08 AM GMT January 17, 2021
● PS5 update: Download a surprise PlayStation 4 game bonus today   NEW PS4 and PS5 games are launching on the PlayStation platform in the coming weeks, and gamers can check out one of the most high-anticipated new downloads today.

Children can access books online for free during lockdown   The initiative aims to increase access to e-books and audiobooks for the most disadvantaged young readers during closures and support the literacy of children most...

Home and Away's Rob Kipa-Williams and newcomer Anna Samson lock lips on the beach   Anna Samson will join the cast of Home and Away this season. And on Tuesday, the blonde bombshell proved she's certainly set to make plenty...

Witney Carson reveals she is 'still in a diaper' two weeks after welcoming son Leo via c-section   Dancing With The Stars pro Witney Carson gave birth to her first son, Kevin Leo McAllister, on January 3.

Mail Online ~ 07:43 AM GMT January 17, 2021
● Caitlyn Jenner in talks to appear in Sex and the City reboot on HBO Max amid inclusivity efforts   A source said of the potential cameo: 'She's really perfect for an appearance. They want new faces for the show, but they ...

From dolphins to rewilding: 11 environment-aware holidays for 2021   From rewilding to marine conservation, these breaks for later in the year have a restorative effect on nature – and holidaymakers, too The idea of rewilding –...

Christine McGuinness wows in Ann Summers Valentine's Day shoot   The model, 32, looks sensational in the sultry snaps as she models a collection of racy lingerie for the underwear giant.

RHOC's Braunwyn Windham-Burke is 'happy' in open marriage with Sean Burke as they date other people   The 43-year-old recently clarified a remark that she'd be 'heartbroken' to see Sean, 47, start dating again, which ...

Daily Chinese Zodiac Sunday January 17: What your horoscope sign means for you today   A new start to the week is approaching and the signs should use this Sunday as an opportunity to tie up loose ends at work or at home. Today, ...

Mazda CX-30 2021 long-term review   If any firm can make a Nissan Qashqai rival exciting, surely it’s Mazda? Let’s find out Why we’re running it: To see if the CX-30’s sleek style and driver-focused dynamics make it stand out in ...

MK Indy RR Hayabusa 2021 UK review   Caterham Seven lookalike is fitted with a screaming Suzuki motorbike engine MK has made more than 4000 of its two-seaters, and every time we’ve tried an Indy, we’ve fallen for it. There are...

Adam Lambert career: How Adam Lambert joined Queen   ADAM LAMBERT started his career as a reality TV contestant, only to quickly find himself performing with one of the biggest bands in the world - but how did he join Queen?

TV tonight: death, debts and lies in Finding Alice   Keeley Hawes stars in a new dark comedy series from the makers of The Durrells. Plus: The Fresh Prince of Bel-Air Reunion. Here’s what to watch this evening Continue reading...

The Guardian ~ 06:00 AM GMT January 17, 2021
● Iggy Azalea takes advantage of the sun and flaunts her sensational hourglass figure in bikini   She confirmed her split from rapper Playboi Carti in November. And on Sunday, Australian singer Iggy Azalea sure showed him what he...