Opinion: The raw material cost of the switch to EVs 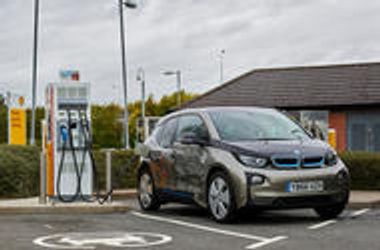 Image source : autocar.co.uk
Do the numbers stack up in the government’s 2030 petrol and diesel ban? The Government’s announcement that it wants toend the sale of all but the longest-range plug-in hybrids by 2030 is certainly ambitious. But it might also be impossible, according to a group of scientists working in a group called SoSMinErals. The group wrote to the government Committee on Climate Change in June 2019, expressing great concern that the raw materials needed for the UK’s switch to Electric Vehicles might not be available in the volumes needed. One of the authors of the letter was Prof Richard Herrington, the Natural History Museum’s Head of Earth Sciences. One paragraph contained some stark figures: “The metal resource needed to make all cars and vans electric by 2050 and all sales to be purely battery electric by 2035…(not including the LGV and HGV fleets), assuming they use the most resource-frugal next-generation NMC 811 batteries, would take 207,900 tonnes of cobalt, 264,600 tonnes of lithium ca ▶ Full story on autocar.co.uk

● Uncharted movie remains faithful to source material thanks to yet another delay
Metro   - 16:42 PM GMT January 22, 2021

Jennifer Aniston glows as she gets her hair newly highlighted by her Friends stylist   The actress was seen in two new portraits shard to Instagram where she was with her hairstylist Chris McMillan who gave her the Rachel...

From Posh & Becks to Mark Wright and Michelle Keegan, the couples coining it on Instagram   LOVE Islanders Molly-Mae Hague and Tommy Fury have recently been revealed as Instagram’s highest-earning reality TV couple,...

Sam Armytage's wedding heartbreak: Sunrise host reveals why she was in tears just days beforehand    Speaking to The Kyle and Jackie O show on Wednesday, Sam revealed how a large portion of the couple's extended family were...

Tory Lanez seeks right to speak on Megan Thee Stallion shooting case after judge ordered his silence   In court documents, Lanez said it's 'unfair' that Megan can speak on the July incident in publications and across ...

George Michael biopic in chaos after bitter rows between family, friends and his ex boyfriends   IN my lifetime there has been no greater star than George Michael. From his gifts as a pop icon and talent as a writer, to his...

Justin Timberlake Opens Up About How He and Jessica Try to Raise Their Two Kids   They welcomed their second child in 2020.

Cate Blanchett looks chic as she rugs up in a coat while heading out in New York City    The actress, 51, looked effortlessly chic as she wrapped up against the winter chill in an oversized pink coat on Monday

Best student credit cards for February 2021 - CNET   The best cards for first-timers and students with a limited credit history.

Leni Klum, 16, shows off her model credentials in stylish solo shoot   The rising star, 16, looked seriously stylish in the collection of images shot for the fashion magazine, weeks after gracing the cover of the high-fashion...

Volkswagen's EV platform will set sail to help create solar-electric boats - Roadshow   Who would've guessed this kind of cooperation would form in the EV era?

Atlanta rapper 6 Dogs dies at the age of 21 of apparent suicide after battling COVID-19 last year   The musician, who is best known for the songs Faygo Dreams, Someone and Flossing, revealed last year that he was battling...

Sam Armytage 'can see herself quitting Sunrise' after marrying Richard Lavender   The 44-year-old, who married businessman Richard Lavender on New Year's Eve, revealed on Wednesday that early retirement had crossed her mind

Kelly Brook cuts a chic figure in a fluffy gilet and patterned blouse   Kelly Brook looked typically stylish as she stepped out in windy London at the Heart Radio studios on Tuesday.

Dani Harmer RETURNS to Tracy Beaker in new spoiler   In new show My Mum Tracy Beaker, Dani, 31, who played the former tearaway teen in the original 2002 series, will reprise the character who is now in her thirties.

How old is Bachelor contestant Pieper James?   GRADUATE student Pieper James is one of 18 women left who are competing to win the affections of Season 25 Bachelor Matt James. Originally from Happy Valley, Oregon, she hopes to...

Billie Eilish Opens Up About the Body Issues That Led to Wearing Baggy Clothes   The 19-year-old singer got candid in a new interview with Vanity Fair.