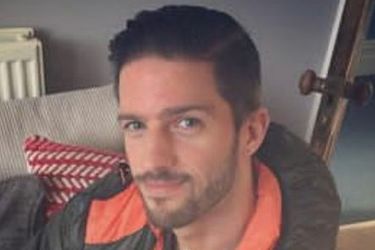 Image source : thesun.co.uk
A BRITISH man jumped to his death from a seventh-floor balcony in Ibiza just hours after telling his family he was looking forward to coming home. Christopher Neate, 36, went to the Spanish island after problems with drugs and mental health issues. But his dad John told an inquest he spoke to his son the […] ▶ Full story on thesun.co.uk

● Brit tourists to be welcomed back to Majorca and Ibiza before other nationalities (but the Germans are coming too)
The Sun   - 16:37 PM GMT January 19, 2021 ● Millionaire fake doctor who sexually assaulted women jumped out window to escape
Daily Star   - 21:43 PM GMT January 22, 2021

Riding The ESG Juggernaut: Whose Business Is It, Anyway?   The new Administration’s commitment to Environmental, Social, and Governance (”ESG”) issues begs the question of a business’s end goals. We deserve an open and honest...

MPs set for showdown over workers' rights amid warnings of attack on protections   EXCLUSIVE: Shadow Business Secretary Ed Miliband writes urges the Commons to back Labour's motion on Monday

Lee Rigby killer, 29, 'fighting for life' after 'contracting Covid in prison'   Michael Adebowale, 29, is said to be "fighting for every breath" after contracting the virus in Broadmoor, where he is serving a 45 year...

Boy, 6, cries with joy as he celebrates beating cancer after three-year battle   Henry Fethon, 6, from Hull, Yorkshire, and his family have had to isolate at home for the entire pandemic as his immune system was so low due to...

Woman injured in road pelted with snowballs by group of 25-30 youths   Police officers were also hit with the snowballs while they looked after the woman. They said the youths 'seemed to think it was a game'

Boris Johnson is set to give go-ahead for Australia-style quarantine   Ministers are in the process of finalising plans that will force British holidaymakers to isolate for ten days in an airport hotel patrolled by security...

Dog-lover dies after getting buried alive while trying to save pup from hole   Gary Davies, 36, shovelled away earth in a desperate bid to save his sheepdog from a hole in the field but got trapped when the mound fell on top of...

Boris Johnson to give Liz Truss more senior role in plans to promote female ministers in reshuffle    International Trade Secretary Liz Truss is among those expected to be handed a more senior Cabinet post in the Prime...

Mail Online ~ 22:09 PM GMT January 24, 2021
● I'm Genuinely Curious Whether Or Not You Do These Morally Questionable Things When Dating   All's fair in love? View Entire Post ›

Chrissy Teigen looks stunning in thigh-split ball gown with nowhere to go   Taking to Instagram, the brunette beauty posted a showstopping photo of herself posing up a storm in the beautiful red number

The jewels of January: Early blooming crocus are the gems that bring winter cheer   This month crocus will bloom in your gardens creating beds full of colour. Snowdrops will also start to peak above the surface of the soil in...

Reset your body clock - from your bed!    Light is one of the keys to health and wellbeing because it sets our body clock. A new generation of lighting products claim to imitate the natural light cycle.

British Youtuber in coma with Covid since Christmas Day after giving birth   Family of Grace Victory, who has more than 200,000 subscribers, urged people to pray for her * Coronavirus – latest updates * See all our coronavirus...

The Guardian ~ 22:06 PM GMT January 24, 2021
● We were married for 15 years...Then he told me he was gay   Carolyn Hobdey, from Somerset, split from her husband David and struggled in the months after. Her husband had come out as gay and said he had been suppressing the...

Thanks to new buttersoft styles you can... Luxe up lockdown in leather   If you want pieces with style longevity that work for all seasons leather is the perfect material. Here Anna Pursglove picks out a selection of clothes...

Would YOU pay £99 for a bunch of dead flowers?   Sales of dried blooms increased by 115 per cent during the various UK lockdowns. Debora Robertson gives her verdict on a selection of dried flower bouquets.

Adele thanks fans for letting her be soundtrack to their lives as she celebrates 10th anniversary of 21   21 is now 10-years-old.

Parents' fury at schools shambles with no return expected until after Easter   As classes could remain shut as late as May, setting disadvantaged pupils back even further, angry parents are demanding the PM gets a grip on the...

STEPHEN GLOVER: This battle over Scottish independence will make Brexit look genteel   STEPHEN GLOVER: Confronted by the threat of a wildcat referendum that apparently commands democratic support in Scotland, what should Boris...

Nate Diaz plans UFC return - but will snub Conor McGregor trilogy   Nate Diaz is looking to end more than a year long absence from the UFC as he targets his next opponent but doesn't appear interested in a trilogy bout with...

A top clinical psychologist, you CAN control your anxiety habit   A recent study found 8.2 million cases of anxiety reported in the UK. Gwendoline Smith who has been treating worry for over 40 years, has penned a guide to help...

DR MAX PEMBERTON: Food shops are open - mental health services should be, too    Dr Max Pemberton has seen many people in the UK struggling to hold it together without vital support. He argues social services and mental health...