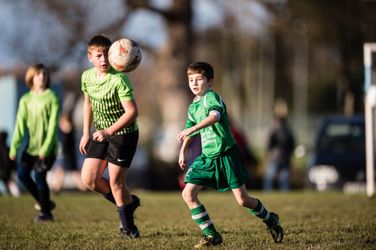 Image source : thesun.co.uk
I GUESS it could be a total coincidence that five of England’s 1966 World Cup-winning squad were diagnosed with dementia. But given that research has shown that ex-pro footballers are three and a half times more likely to die of dementia than the general population, it is pretty evident that there is nothing coincidental about […]
▶ Full story on thesun.co.uk

● Scheme across Hampshire to protect vulnerable and elderly
Daily Echo   - 05:06 AM GMT November 30, 2020
Recent News !
● Trump insists at Georgia rally that he won the election   President takes unsubstantiated claims of massive voter fraud on the road ahead of crucial Senate runoff

Supercar drivers cause gridlock in Central London   Dozens of highly modified cars gathered in Central London last night where some performed burnouts and others shot flames from their exhaust pipes while police stood and...

Iceberg threatens thousands of seals and penguins on collision course with South Georgia   Experts from around the world are anxiously monitoring the colossal ice sheet - roughly the size of Devon - as it creeps close to the...

Ministers 'plot last-minute bid to weaken new food and farms watchdog for post-Brexit trade deals'   After pressure to protect UK food standards, including from the Save Our Family Farms campaign, the Trade and Agriculture...

Russia starts rolling out Covid vaccine with teachers and doctors first in line   Moscow began distributing the Covid jab on Saturday via 70 clinics in the first large-scale vaccination - the UK will begin vaccinating people on...

Activists led by two veteran Marxists are campaigning to stop foreign criminals being deported   The group has been dubbed a Trotskyist cult. It campaigned to stop criminals including murderers from being deported from Britain...

Barnardo's sparks row after suggesting parents should teach children about 'white privilege'   Barnardo's was reported to the official charity regulator after a dozen Tory MPs including Esther McVey claimed that its...

Roald Dahl's family apologises for his antisemitism   Roald Dahl's relatives issued a statement describing his views as 'incomprehensible to us', after becoming concerned about the potential of his racism to tarnish...

ANNA MIKHAILOVA reveals how ex-Ministers Amber Rudd and Nicky Morgan are cashing in   ANNA MIKHAILOVA: Rudd (left) has a balanced portfolio, nicely split between work linked to her time as Home Secretary and her stint as...

Britons baked a BILLION loaves of bread during lockdown amid soaring sales of flour and yeast   Almost a billion loaves of homemade bread were made during the first six months of covid restrictions. More than one in three adults ...

Trump Repeatedly Slips Up And Acknowledges His Loss During Georgia Rally   ‘I think they say that if you win Florida and if you win Ohio, in history you've never lost an election. This has got to be the first time,’ Trump...

Forbes.com ~ 01:18 AM GMT December 06, 2020
● Hancock says Covid jab will loosen tiers by March and promises 'liberation day'   The Health Secretary said the availability of a Covid-19 vaccine means the current restrictions could be eased in months to come. However, he...