Matt Prior: Modern cars are too effective for their own good 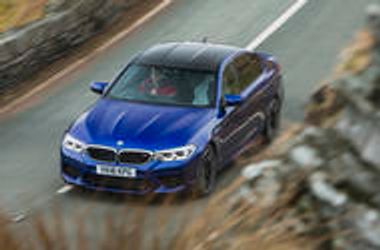 Image source : autocar.co.uk
Yes, our man would like cars to get a bit worse - a bit lighter, narrower and therefore more fun to drive I want cars to become more dangerous. Well, obviously I don’t, but that’s the uncomfortable natural conclusion of the argument I’m about to make. Modern sports cars are too fast for the road. Nothing particularly controversial there, I don’t think. “APorsche 911 Turbo’s limits are only attainable under conditions of total brain fade on the road,” we once said. Was that recently? About one of those big ones whose power output starts with a six? Hmm. Much as I would like to think that ‘during my lifetime’ counts as recently, it was in December 1978 – when the 911 Turbo’s engine had recently been uprated to a whopping 300bhp. Today, a maker of hot hatchbacks will barely bother getting out of bed to produce one with 300bhp. TheHyundai i30 N has a little less than that, which in some quarters makes it deficient. Yet recently I drove one on an autobahn at an indicated 170mph. In that
▶ Full story on autocar.co.uk

Celebrations mocks their own chocolate - and we all agree   The cheeky chocolate brand took to social media to have fun, and gently rib Donald Trump over his failure to win the US Presidential Election

B&M £3 Christmas treat parents are having to hit from their kids   Perfect for those who love traditional Christmas flavours, the limited-edition pizza includes succulent pigs in blankets, red peppers and onion chutney, on a ...

Mail Online ~ 05:29 AM GMT November 27, 2020
● Rachael Finch shows off her incredible bikini body at Coogee Beach   Rachael, 32, appeared to enjoy a solo swim, as she was not joined by her husband of seven years, Michael Miziner, or their two children, Violet, seven, and...

Mail Online ~ 05:23 AM GMT November 27, 2020
● BookBirds: a new podcast with Ciara Geraghty and Caroline Grace Cassidy   Two writers and friends re-read books they loved then talk about them – simple as that

I'm a Celebrity producers appear to take a brutal swipe at Pete Evans with latest clue   On Friday, Channel 10 released a new clue about a mystery celeb set to appear on the program, teasing the involvement of a 'renowned...

Today show: Alex Cullen gets emotional as he's surprised by his family on air   Co-hosts Allison Langdon and Karl Stefanovic surprised Alex by inviting his wife, Bonnie, and their one-year-old twin daughters, Evie and Audrey, to ...

Mail Online ~ 05:03 AM GMT November 27, 2020
● Diego Maradona: too grand to pity   The Argentine footballer’s life was not a cautionary tale about money and fame

The Financial Times ~ 05:00 AM GMT November 27, 2020
● Joy Labinjo, an artist making black lives visible   At only 25, the British-Nigerian painter is out to tackle ignorance about race — and is now exhibiting in Art Basel’s OVR: Miami Beach

Love Island's Eden Dally debuts bold new look on Instagram as he asks his followers if it suits him   He quit SAS Australia after the physically demanding and emotionally challenging tasks became too much for him to handle.

The Amazing Race Australia producer 'breaks her back' during filming   Senior producer Yasmin Kara allegedly broke her vertebrae while attempting an obstacle which involved jumping into water, reports TV Blackbox

Isla Fisher looks stunning in a thigh-split black dress in Sydney   The 44-year-old wife of comedian Sacha Baron Cohen looked sensational in a black dress while enjoying some retail therapy in Sydney's eastern suburbs on...

Trump administration gives TikTok new extension in forced sale saga - CNET   It would be hard to squeeze this ongoing story into a 60-second TikTok.

11 Black Friday buys for bath lovers   It’s getting colder outside and it doesn’t take a lot to convince us to stay home nowadays, especially when you’ve got a bathtub to soak in. If you’re a fellow bath obsessive, there’s a ton ...