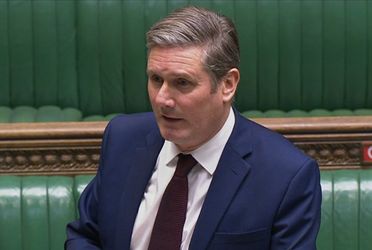 Image source : thesun.co.uk
LABOUR is braced for a day of shame today as the race watchdog rules on claims the party discriminated against Jews. The Equality and Human Rights Commission launched the probe after Jewish activists claimed they were branded “subhuman” and hounded out the party. Sir Keir Starmer faces calls to boot Jeremy Corbyn out of Labour […]
▶ Full story on thesun.co.uk

Stacey Solomon forced to defend herself over handmade present jibe   Loose Women star Stacey Solomon could easily be hailed as "the queen of DIY...

What time is Strictly Come Dancing on tonight?   THE competition is heating up in the ballroom as Strictly stars head into week six of the show.  This weekend will see stars battle it out for a place in the next week’s musicals...

Kris Jenner shows off self-defence moves by 'attacking' pre-transition Caitlyn   The matriarch, now 65, proved she knows how to defend herself as she perfected her martial arts kicks in a 1994 fitness video that has resurfaced...

The Courier ~ 12:57 PM GMT November 28, 2020
● Montana Brown sizzles in a lemon printed two-piece in the balmy Maldives   The former Love Islander, 25, has been quick to flood her Instagram page with sizzling bikini-clad snaps on her second day of shooting her Swim Society...

Journalist Ray Martin reveals his best ever interviews   Ray Martin is one of Australia's most iconic TV journalists, with a career spanning over 50 years.

Laura Mercier Black Friday: there's 21% off my go-to setting powder   When it comes to setting powders I’ve tried a fair few and there’s one that I come back to time and time again. The only one I re-purchasing over and over...