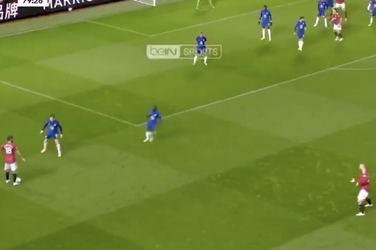 Image source : dailystar.co.uk
Bruno Fernandes was spotted telling Luke Shaw to overlap during an attacking move for Manchester United – but the defender argued back, leaving fans fuming and asking for Alex Telles to replace
▶ Full story on dailystar.co.uk

● Bruno Fernandes reveals why he gave Man Utd pal Marcus Rashford penalty against Istanbul Basaksehir while on hat-trick
The Sun   - 07:57 AM GMT November 25, 2020

How to watch Olympiacos vs Man City   What time does Manchester City vs Olympiacos in the Champions League kick-off and what TV channel is it on?

Liverpool boss Jurgen Klopp explains Takumi Minamino's lack of playing time   Minamino has been used sparingly since his transfer from Red Bull Salzburg in January and faces a big task in dislodging the four stars ahead of him...

Champions League sorting rules: Are groups decided by head-to-head record or goal difference when teams finish level?   THE Champions League group stage continues with all eyes on Europe’s elite competition this season. But what ...

Lewis Hamilton knighthood: Ross Brawn wades into argument after Ronnie O'Sullivan put-down   Lewis Hamilton is set to receive a knighthood for his heroics on and off the track.

Neil Lennon calls Celtic fan banner 'disappointing' after Green Brigade protest   The Green Brigade called on the manager to go with a banner outside the stadium.

Mike Tyson clash with Roy Jones Jr betting AXED by bookmakers over fears on fight rules and if there will be a winner   ALL bets are off for the Mike Tyson vs Roy Jones Jr comeback ‘fight’. The American ring legends, with a...

2022 World Cup qualifying   All you need to know: how it works, match dates.

Former Liverpool star Adam Lallana hits out at 'relentless' Premier League schedule this season   The issue of player welfare has come back to the fore following a spate of injuries across Premier League sides, which has...