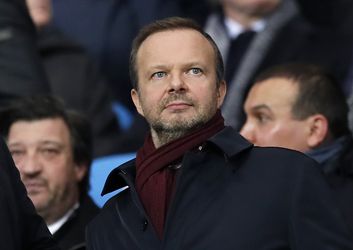 Image source : thesun.co.uk
MANCHESTER UNITED and Liverpool are reportedly in talks with Fifa over forming a European Premier League comprising of 18 teams. Following their failed Project Big Six proposal, the two giants of English football have up with a new plot. That idea would have seen the Premier League reduce from 20 to 18 teams, with […]
▶ Full story on thesun.co.uk

'Arsenal were almost dead before Arteta' - Gunners boss has brought about 'radical change', says Ceballos   The Spanish midfielder says a fellow countryman is the "soul of the club" and that he enjoys the full trust of ...

Eric Bailly says conversation with Jose Mourinho made him choose Manchester United over City   There was much interest in Bailly in 2016, who had impressed for Villarreal, and Pep Guardiola's City were among the clubs...

Mamelodi Sundowns vs Stellenbosch: Kick-off, TV channel, live score, squad news and preview   The PSL defending champions are at home again as they seek to return to the summit of the table

Ralph Hasenhuttl plays down links of him replacing Ole Gunnar Solskjaer at Manchester United   Reports earlier this month were rife with claims that Solskjaer was coming to the end of his tenure after another inconsistent start...

Caf Confederation Cup: 'Namungo FC will not fail Tanzanians against Al-Rabita' - Morocco   The East African outfit will be making their debut in the continental competitions on Saturday

Ceballos: Luiz fight shows Arsenal are 'alive'   The Spanish midfielder says his training ground row serves as proof that the "team has character", but has vowed to try to avoid a repeat incident

Mike Tyson vs Roy Jones Jr predictions: From David Haye to Evander Holyfield   Mike Tyson may have retired from the ring more than 15 years ago but the jury is still out about whether Roy Jones Jr will emerge victorious at the...

Sam Lowes: My hand looked destroyed - but pain couldn't stop me racing for title   EXCLUSIVE INTERVIEW: Sam Lowes went into the final day of the Moto2 season in contention for the world title - but had to battle excruciating...

Nathan Aspinall went from skint in Stockport to local superstar after darts rise   EXCLUSIVE INTERVIEW: Aspinall has become one of the PDC's leading contenders just twp years after turning professional - and it's turned...

Mike Tyson next fight odds: AJ, Fury, Klitschko? Who could Tyson fight after Jones Jr?   MIKE TYSON looks to be in real fighting shape ahead of his much-anticipated clash with Roy Jones Jr. And if the former world heavyweight...