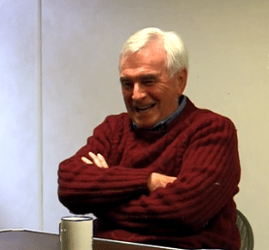 Image source : thesun.co.uk
THE FOUNDER of Phones4U has laid into John McDonnell and warned business owners will flee Britain if Labour wins on Thursday. John Caudwell claimed “every wealthy person” he knew was planning to leave the country if Jeremy Corbyn becomes Prime Minister. In a fiery debate, Mr Caudwell also accused the Shadow Chancellor of offering a […]
▶ Full story on thesun.co.uk

● Ex-Speaker John Bercow nominated for a peerage by Jeremy Corbyn after Boris Johnson blocked him
The Sun   - 12:30 PM GMT January 19, 2020

Eight terriers kill record 700 rodents in seven hours - after desperate farmer called in handlers   Pig farmers at a farm near Eye, Suffolk, called in the pack after vermin invaded. It's the biggest haul of vermin terminated ...

Donald Trump suggests 'mops and buckets' to residents threatened by rising waters because barriers are too expensive   Donald Trump has refused proposals to build a sea wall to protect New Yorkers from surging water levels,...

Daughter tells how she can never forgive mother after heartbreak at seeing her marry ex   Lauren Wall who is from Twickenham was left stunned when her husband walked out on her. Her mum Julie denies having an affair with him but ...

Arteta: Rift between Arsenal players and supporters is healing   The Gunners shared the points from a 1-1 draw with Sheffield United on Saturday.

White: Rematch between McGregor and Nurmagomedov would be biggest UFC fight ever   McGregor ended a 15-month hiatus by overpowering American veteran Donald Cerrone en route to a ruthless 40-second stoppage in the UFC 246...

Mendy insists Manchester City will keep fighting on all fronts   The left-back knows City can still enjoy success across the three cup competitions.

TikTok still filled with creepy comments underneath videos of school kids singing and dancing    THE wildly popular TikTok app has been branded a “magnet for paedophiles” after a Sun Online probe uncovered dozens of perverts...

Former Manchester United star Patrice Evra reveals Liverpool's Luis Suarez racism row apology   Patrice Evra has been speaking about what Liverpool have said to him about the infamous t-shirt incident.

Popular Lincolnshire donkey dies with 'life-long companion' by his side   Peanuts, a miniature donkey, was popular with visitors to Rand Farm Park in Market Rasen

New coronavirus outbreak in Chinese city of Wuhan   Chinese authorities and the World Health Organization (WHO) say a new strain of coronavirus is behind the outbreak of pneumonia in the central city of Wuhan, which has erupted...

China to step up countermeasures as virus outbreak grows   China will step up efforts to contain the coronavirus outbreak in Wuhan ahead of the Lunar New Year holidays as a rise in confirmed cases fanned fears the virus could...

Health Insurers Level More Blows To Medicare For All   Health insurance companies are already reporting unprecedented growth in signing up seniors to their Medicare plans for 2020, which is bad news for certain Democrats pushing ...

Man United legend Ryan Giggs opens up on his hair transplant - and how he was made to feel 'paranoid' while playing   'All I got was, 'flipping heck, your barnet is going isn't it?' It was like, 'cheers...

London reimagined as sinister metropolis where CCTV cameras fire LASERS   Artist Robert John created LDN REiMAGINED, a book of images showcasing his surrealist spin on London. He was inspired by his late father who developed...