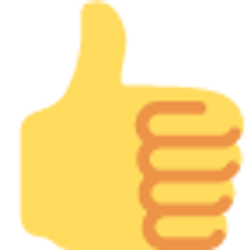 Image source : thepoke.co.uk
Parliamentary reporter, Lewis McKenzie, has given us a salve for the rough week we’ve all had, with this supercut of the Speaker of the House of Commons, Lindsay Hoyle, joking that MP Bob Blackman looks like a pilot when he addresses the house via Zoom with his headphones on. It's been a pretty tough news […] The post All the times Speaker Lindsay Hoyle joked about this Tory MP looking like a pilot during video calls appeared first onThe Poke .
▶ Full story on thepoke.co.uk

Why is Bruno Tonioli not a judge on Strictly Come Dancing 2020?   The show is missing a fab-u-lous judge this year.

Little Mix The Search: First band booted out the competition in delayed live show   Little Mix are one step closer to finding the band who will support them on their Confetti tour.

Drones deliver supplies to Israeli hospital in new pilot scheme   As many countries grapple with a second wave of the coronavirus pandemic, the drones mean items can be moved without the need for humans to expose themselves to...

Maisie Smith: age, TikTok and does the Strictly star have a boyfriend?   Maisie is already favourite to win.

Little Mix The Search fans react as the girls perform Sweet Melody without Jade   Little Mix took to the stage for their talent show The Search on BBC One to perform their new single Sweet Melody, however, Jade Thirlwall was...

Donald Trump mocks Joe Biden's drive-in events as 'tiny' compared to his rallies   President Donald Trump criticized Joe Biden as a 'worn out politician' as he kicked off a series of campaign rallies in critical...

Max George shows off dramatic Strictly makeover as he gets 'Tangoed'   The singer, best known for being in boyband The Wanted, joked he's been 'tangoed' after getting his first spray tan for the BBC One show begins...

Evatt on Bolton's draw against Cambridge, Doyle's injury and Crellin's mistake   Wanderers came from behind to claim a point against the League Tow high flyers

Who is Ranvir Singh, how old is she and who was she married to as GMB presenter competes in Strictly Come Dancing 2020?   Ranvir has been waking the UK up for years.