Five teenagers arrested after woman, 19, is raped in early morning attack in Portsmouth 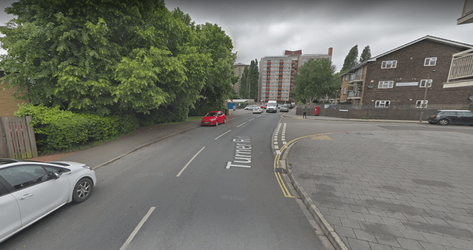 Image source : thesun.co.uk
FIVE teenagers have been arrested after a 19-year-old woman was raped. The victim was attacked in Portsmouth, Hants, at around 1am today. Three 18-year-old men, a 17-year-old boy and 16-year-old boy, all from Portsmouth, have been arrested on suspicion of rape. They are currently being quizzed by detectives in custody. A spokesman for Hampshire Police […]
▶ Full story on thesun.co.uk

● Sunderland will learn from their mistakes against Portsmouth, says Bailey Wright
Chronicle Live   - 06:00 AM GMT October 26, 2020

● Sunderland given a reality check as Portsmouth find the chinks in their armour
Chronicle Live   - 14:54 PM GMT October 25, 2020

Large Contact Tracing Study In India Shows People Of All Ages Can Be Infected With And Transmit COVID-19   We now have conclusive evidence that the virus spreads most often among people in the same age range. There is no age...

Veteran Jimmy honoured for his service during the Second World War   James Christie, who had shrapnel removed from his chest 20 years after the conflict, received the Victory Coin

Daily Record ~ 15:00 PM GMT October 27, 2020
● Coronavirus: 13 deaths and 722 new cases of in Northern Ireland   Doctor concerned that service in North could be ‘overwhelmed’ in coming weeks

The Irish Times ~ 15:00 PM GMT October 27, 2020
● Mix up these spooktacular Halloween-inspired cocktails including a Pumpkin Spiced Espresso Martini   There's no tricks just treats in this round-up of delicious Halloween cocktails you can try out at home.

Consumer WiFi Offerings Expand With Qualcomm Immersive Home Platform   The latest generation WiFi chips from Qualcomm offer the promise of WiFi mesh networks that can get faster, smaller and cheaper.

The food hygiene ratings for every takeaway in Swansea right now   Find out how your local fares...

Lochwinnoch super slimmer Joanne takes over group to inspire others   Joanne Slaven, who has a two-year-old and eight-month-old twins, said she felt the opportunity to relaunch the group in Lochwinnoch was too good to miss.

Three teens charged after causing more than £10,000 worth of vandalism in Alford   Three teenagers have been charged by police after causing damage in excess of £10,000 in Aberdeenshire.

Heartless yobs target graves of Ken Dodd and Cilla Black in Liverpool cemetery   Both celebrities are buried at Allerton Cemetery in Liverpool, which was targeted overnight.

Mesut Ozil brutally told he only has himself to blame for Arsenal exile   World Cup winner Mesut Ozil is Arsenal's longest serving and best-paid player but he is out of favour in north London, and looks to have played his...

Dog forgotten at petrol station spent a month walking 37 miles home   The family were stunned to one day open their front door to their beloved pet Dou Dou.

Newborn babies taken into care after remote family court hearings, report reveals   Around half of British parents involved in remote hearings during the Covid-19 pandemic said they did not understand well what was happening in...

Aldi releases collection of Christmas candles with prices starting from £1.99   The supermarket has unveiled a new range of candles, diffusers and gift sets that would make the perfect gift this Christmas

'Devil worshipper' cut out victim's heart 'while he was still alive'   The headless and mutilated body of Marcos Correa was found in Amenabar in Santa Fe, Argentina next to a pagan pilgrimage site honouring San La Muerte (Saint...