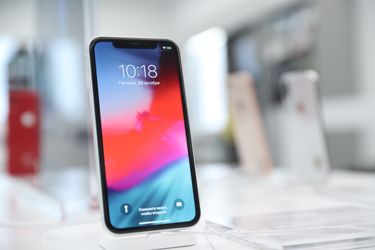 Image source : thesun.co.uk
THE FBI has busted a counterfeiting ring that focused on fake iPhones and iPads and reportedly cost Apple more than $6.1 million. The elaborate scheme involved importing of more than 10,000 phony iPhones and iPads from China, which were then exchanged for real ones at stores across the US, according to a press release. According […]
▶ Full story on thesun.co.uk

M25 left gridlocked after police swoop on lorry in migrant smuggling operation   It came a day after a record 235 migrants crossed the Channel to the UK on 17 small boats – the fifth time this year a new daily high was...

Hiking With Your Dog - The Best Gear For Your Trip   Hiking has exploded in popularity - but it's even more fun with your dog. Here's what you need to know to stay safe while having fun.

Arndale shop undergoes 'deep clean' after worker tests positive for coronavirus   Public areas around the shopping centre, which the staff member may passed through, have also been cleaned

The lions weep tonight: 'Lonely' zoo animals around the world are missing visitors during pandemic   Whether it's showing primates cartoons in Russia or Facetiming with eels in Japan, zoo keepers all over the world have had...

Report: Spencer Howard To Make Phillies Debut Sunday Against Braves   The pitching prospect reportedly will start one of the games in Sunday’s doubleheader against the Braves.

Drinkers flock to pubs and bars on hottest August day as Brits ram beaches   Thousands of Brits followed up a trip to the beach with a few drinks at some of country's pubs and bars at the start of what has been called...

Cyclist sustains serious head injury after crash   A cyclist was seriously injured after a crash in Cumbernauld in the early hours of this morning.

Pet owners warned of green slime in heatwave which could kill dogs in 15 minutes   Experts say that while not all blue green algae are poisonous, it is impossible to tell the difference visually so are urging pet owners to take...

Jake Paul breaks silence after FBI raid as he returns to social media   He vaguely referenced the dramatic raid.

Cambridge restaurants with al fresco dining perfect for enjoying the heatwave   From rooftop terraces to riverside pubs, there's something for everyone in Cambridge

Warning after man rescued from River Wear in Sunderland and taken to hospital   Paramedics and rescue crews were called to the river near the Queen Alexandra Bridge after the man got into difficulties in the water on Saturday...

Britons living in the EU could keep freedom of movement rights   British nationals living in countries - including France and Spain - could be allowed to move to another EU country if they choose to under plans being considered...

Half of Formula One grid set to challenge Racing Point punishment   Racing Point were fined £361,000 and docked 15 points by the FIA for copying elements of last year’s Mercedes

Whistles' Up-To-70%-Off Sale Just Got Bigger So If You Want To Feel Fancy AF On A Budget, Now's The Time   There are some serious finds in here! View Entire Post ›

Abusive boyfriend jailed after woman plunges from tower block in horror fall   Police and emergency services were called to find the 29-year-old woman lying at the bottom of a tower block in Rubery, Birmingham and found Darren...

The Source: Jackie brings out her inner Paddington with award-winning marmalade   With nothing more than a love for producing jams and marmalades, Jackie MacIntyre started her own business, Bourtree Jams and Preserves in Alyth,...

Poem of the month: How to Do Absolutely Nothing by Barbara Kingsolver   * The best recent poetry – review roundup Rent a house near the beach, or a cabin but: Do not take your walking shoes. Don’t take any clothes you’d wear...