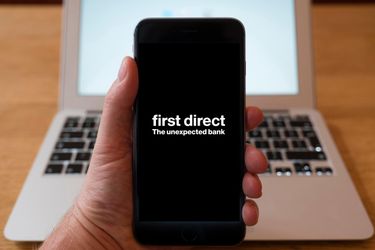 Image source : thesun.co.uk
FIRST Direct has become the latest bank to announce a hike in overdraft fees to 39.9 per cent from March. Earlier this week, parent bank HSBC revealed the new charge for dipping into both arranged and unarranged overdrafts, up from 9.9 per cent for some customers. It follows Nationwide’s announcement in July, hiking overdraft charges […]
▶ Full story on thesun.co.uk

Lifetime To Air Investigative Jeffrey Epstein Documentary   ‘Surviving Jeffrey Epstein’ will investigate how Epstein allegedly used his connections to the rich and famous to shield his predatory behavior.

JPMorgan to buy Paris building to bring euro teams from London   U.S. bank JPMorgan Chase & Co said it plans to buy a building in central Paris to house up to 450 staff in coming years, as it relocates some services from...

Fife arm of refrigeration firm looks to add staff and diversify customer base   The Scottish arm of a refrigeration specialist whose customers include the Ministry of Defence, Graham’s The Family Dairy and potato producer Albert ...

The Guardian ~ 18:01 PM GMT January 19, 2020
● Trump impeachment, Davos summit, ECB meeting   Start every week on the front foot with a preview of what’s on the global agenda

Aldi shopper shares clever hack that makes packing groceries a lot easier   QUICKLY packing your groceries at the supermarket till can be stressful, but one Aldi shopper has shared a trick which makes it a doddle. Instead of...

Harry Potter Stores Conjure Up $26 Million Of Revenue   Warner Bros has revealed that its three Harry Potter stores generated $26.1 million of revenue over the 15 months to the end of February last year.

The Financial Times ~ 15:44 PM GMT January 19, 2020
● SpaceX completes emergency crew escape manoeuvre   The US company demonstrates how it would rescue astronauts during a failing rocket launch.

The Economic Debacle In Latin America   "looking at my world of think-tanks and advocates of the free economy, I believe that the neglect of topics such as internal security, culture, strategy, foreign influences,...

What Do Great Leadership Training Programs Have In Common?   Leadership is an acquired skill; Some are better than others. However, everyone could utilize a training program to improve their leadership strategy. Here's what...