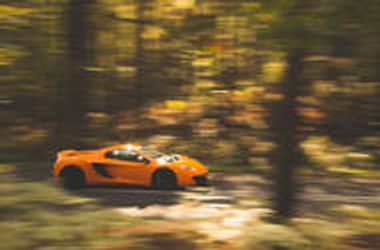 Image source : autocar.co.uk
Boss Jens Ludmann reckons that battery-electric alternative could lower emissions and be more practical than other power sources McLaren is advancing plans to create a development car that runs on synthetic fuel to prove the technology’s validity as an alternative to battery-electric vehicles for lowering the ecological impact of motoring, COO Jens Ludmann has revealed. While the project is still in the planning stage, Ludmann revealed that the company believes synthetic fuels can be a viable alternative to electric power if the production of batteries is included as part of an EV’s total CO2 impact. Ludmann said: “The technology around synthetic fuels is still being developed, but if you consider that it can be produced using solar energy, easily transported and then pumped [into cars] as we know today, there are potential benefits in terms of emissions and practicality that I’m keen to explore. “Today’s engines would need only small modifications, and I would like to see this techn
▶ Full story on autocar.co.uk

'Almost there!' Supermodel Gemma Ward shares a rare glimpse of her third trimester baby bump    Gemma Ward announced she was having a baby girl with partner David Letts in January.

Nicolas Winding Refn: 'If Pence became president, this is what America might look like'   Booze-fuelled noir, monsters in girls’ schools and Christian propaganda are all on the Drive director’s lockdown viewing roster * Read all ...

Little Mix's Jade Thirlwall wows in tie-dye co-ords as she larks around on new show Served   The Little Mix star, 27, posed in vibrant tie-dye co-ords while sticking out her tongue and shared a short video of the highlights of...

Mum reveals how to make stale bread fresh again in MINUTES & all you need is a tap   DESPITE the fact we ALWAYS reseal the bag with our fresh loaf of bread in, somehow someone (read: our partners) will leave it open to get...

Arnold Schwarzenegger's home workout is interrupted by pet donkey Lulu   The actor and former professional bodybuilder, 72, appeared to be in great shape while putting himself through his paces on a series of assisted weight...

When hairdressers reopen how will haircuts work? 7 things you need to know about your first visit   DESPERATE Brits have been resorting to cutting their own hair – and dyeing it – while in lockdown with varying levels of...

Ronan Keating releases socially-distanced music video with his son Cooper   The Boyzone star, 43, exclusively told MailOnline he hopes bring solace to those who may have lost loved ones during the COVID-19 crisis, after...

Stacey Hampton wears head to toe designer items worth $9000 at airport   She's known for her love of the finer things in life.

Daily Express ~ 08:47 AM GMT May 29, 2020
● Sci-fi thriller will offer good respite   Sierra McCormick stars in 1950s-set sci-fi film, The Vast Of Night – a twisty thriller which she believes is a good respite right now. Georgia Humphreys finds out more about the feature...

Khloe Kardashian jokes about her changing look as she baffles fans by posting unrecognisable selfie   Last week, the Keeping Up With The Kardashians star, 35, stunned fans when she shared an image in which she appeared to be...