Steven Gerrard: I'll talk things over with James Tavernier before deciding if he wants to stay on penalty kicks 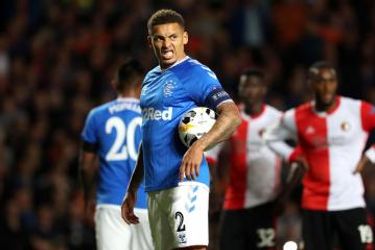 Image source : eraldscotland.com
STEVEN Gerrard said last night that he will talk things over with captain James Tavernier before determining whether he continues with spot kick duties for Rangers. The penalty which struck the post in the early stages of Thursday night’s Europa League win against Feyenoord was the second miss in a row for a man who also failed to convert in Europe against Progres Niederkorn earlier this year.
▶ Full story on eraldscotland.com