More than 190 companies fined for owing a total of £2.1m to 34,000 workers in 2011-18, as part of crackdown John Lewis is among the companies “named and shamed” in a government list of employers found to be paying staff below thelegal minimum wage. The employee-owned partnership was one of 191 companies including care homes, childcare services and farms which were fined for owing a total of £2.1m to more than 34,000 workers, as part of the government’s bid to show that it is cracking down on the abuse of workers. Continue reading... .. Full story on theguardian.com Nunthorpe woods near Roseberry Topping could open to public

A WOODED area with scenic views across to Roseberry Topping could be opened up to the public.

The Northern Echo 12 minutes ago

HATE mornings? Want to extend that feeling to the rest of the day? These tried-and-tested methods will ruin the whole week.

The Daily Mash 13 minutes ago How to Help a Friend in an Abusive Relationship

“Your first instinct might be to ask a lot of questions, but you have to be careful about that,” says social worker and counsellor Kirsten Regtop.

Icelandic Sportswomen Launch Their Own Wireless Earphones For Elite Sports

The Dottir Freedom On-Grid earphones have been awarded the Red Dot Award: Product Design 2021 and are designed so that users can focus, to stay ahead... Marske United and Whitby Town progress in the FA Cup

IT was FA Cup weekend for our local non-league sides where Marske United and Whitby Town were the first ones to progress through to the third qualifying round.

The Northern Echo 13 minutes ago 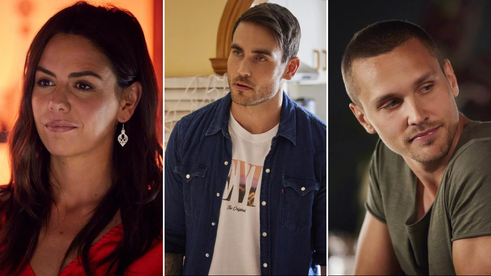 Rekindled love, an ambush and surprising business deals: 8 huge Home and Away spoilers Former Black Caps all-rounder Cairns suffered an aortic dissection on August 4, leaving him on life support and in need of emergency surgery. The Hornets bounced back from a poor run to beat Norwich last weekend and the former Magpies loanee is set to his face his former side ... A huge search is ongoing for the missing Ayrshire boy A seven-year-old has been missing from New Cumnock, Ayshire since Sunday evening. Good Morning Britain presenter Kate Garraway presented the award for Best Nurse at the Who Cares Wins awards ceremony, which airs on Channel 4... Afghan refugees: Cambridgeshire councils ready and waiting for Home Office to allocate families to the area

The county has properties ready to welcome Afghan families, but are waiting for the Home Office to allocate refugees... 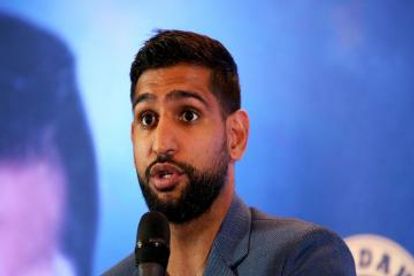 Amir Khan: Bolton boxer says US police removed him from flight for 'no reason'

BOLTON born boxer Amir Khan has said he was escorted from a flight in the US by police “for no reason”.

The Bolton News 23 minutes ago 6 Ways To Stay In Shape While Travelling For Business

Diet and exercise can go out of the window whilst traveling for business. Airport lounges, airplane food, corporate hospitality and new routines can throw out even the most ... Insulate Britain are preparing to blockade the M25 again as the group's protesters demand the government insulate every home in the UK, beginning ... Police have arrested a man after four people were found dead at a house. Taylor Swift stops in Belfast for a swift one

Popstar Taylor Swift caused a thrill in Belfast after turning up at a popular city centre bar.

The Crown star Gillian Anderson was left a little surprised after her win at this year’sEmmys , when a reporter asked whether she’d ... 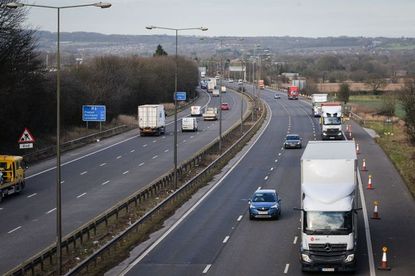 A lane has been closed

It was an emotional evening for Olivia Colman on Sunday night after the British actor won anEmmy Award for her portrayal of ... Jonathan Lewis, from Liverpool, has already been told by pals to put the property straight back on the market after discovering a... Clarkson’s Farm star Jeremy Clarkson raged against the protesters who have been blockading the motorway around London, claiming they must have been...

Mirror 36 minutes ago
Choose a source