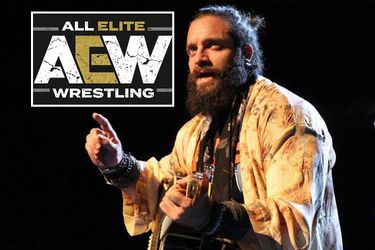 Image source : thesun.co.uk
ELIAS is the latest WWE star to be linked with a move to arch rivals All Elite Wrestling, according to reports. Chris Jericho and Jon Moxley are among the stars that have already jumped ship to join AEW. According to Forbes, The Drifter is set to follow in their footsteps. Elias began his WWE career […]
▶ Full story on thesun.co.uk

Bolt: I didn't get a fair chance during football trial in Australia   The world's fastest man failed to earn a contract after a brief trial with Central Coast Mariners in 2018

Goal.com ~ 02:03 AM GMT August 07, 2020
● Football on TV: Matches to watch & stream in Malaysia this weekend   The UEFA Champions League returns to your television this weekend!

Workers at Philadelphia Museum of Art Vote to Join Union   The election came after months of debate over whether complaints over the workplace environment at the museum could be addressed through top-down reforms, instead of...

Justin Rose tied with Brooks Koepka as the US PGA Championship begins   Tiger Woods, Brooks Koepka and Justin Rose revealed their intentions to get the first major in 13 long months off to a rousing start at the 102nd US PGA...

Mail Online ~ 23:28 PM GMT August 06, 2020
● Cormac Sharvin roars to top of leaderboard at English Championship after 63   Northern Ireland golfer one clear of the field after opening round

WWE hero Marty Jannetty claims he 'beat man with brick and threw him in river'   Former WWE star Marty Jannetty has expanded on his claims that he made a man 'disappear' many years ago and detailed what he did when the...

FIFA 21 pre-order bonuses: Champions Edition, Ultimate Edition & Standard edition differences   Here's what you need to know about what makes each version of the different FIFA 21 editions unique, including their perks,...

Gyms, swimming pools and leisure centres can officially re-open in Wales   The facilities have been given the official green light to re-open post-lockdown in Wales

Chelsea 'to listen to offers for Jorginho in bid to fund £65m swoop for West Ham star Declan Rice'   Frank Lampard is firmly interested in bringing midfielder Rice back to Stamford Bridge but in order to do that, funds need to...

Ascot still has hopes for a crowd on Champions Day despite prize fund cut   Purse for the Champion Stakes, Britain’s richest race, cut from £1.3m to £750,000 as racing battles with the effects of pandemic Ascot insisted on...

Granit Xhaka leads Arsenal players revolt over club's redundancy decision   Arsenal chiefs announced that 55 people will lose their jobs at the club as a result of the coronavirus crisis but players are unhappy that such a...